According to the Quaternary Geology, Central Alberta map (Alberta Geological Survey, 1990), the surficial deposits consist of flat to undulating draped moraine and stagnation moraine with an undulating topography.

The majority of the quarter section was mined for Sub-bituminous C coal between 1923 and 1965 (source: “Alberta Energy Utility Board (AEUB) Coal Mine Atlas Operating and Abandoned Coal Mines in Alberta 4th Edition, Version 1.0”). The depth from ground level to the top of the coal seam was recorded as 9 metres and the thickness of the coal seam was given as 1.7 metres.

The non-mined farmland in the vicinity of the Black Nugget Lake quarter section has an undulating topography and low relief. 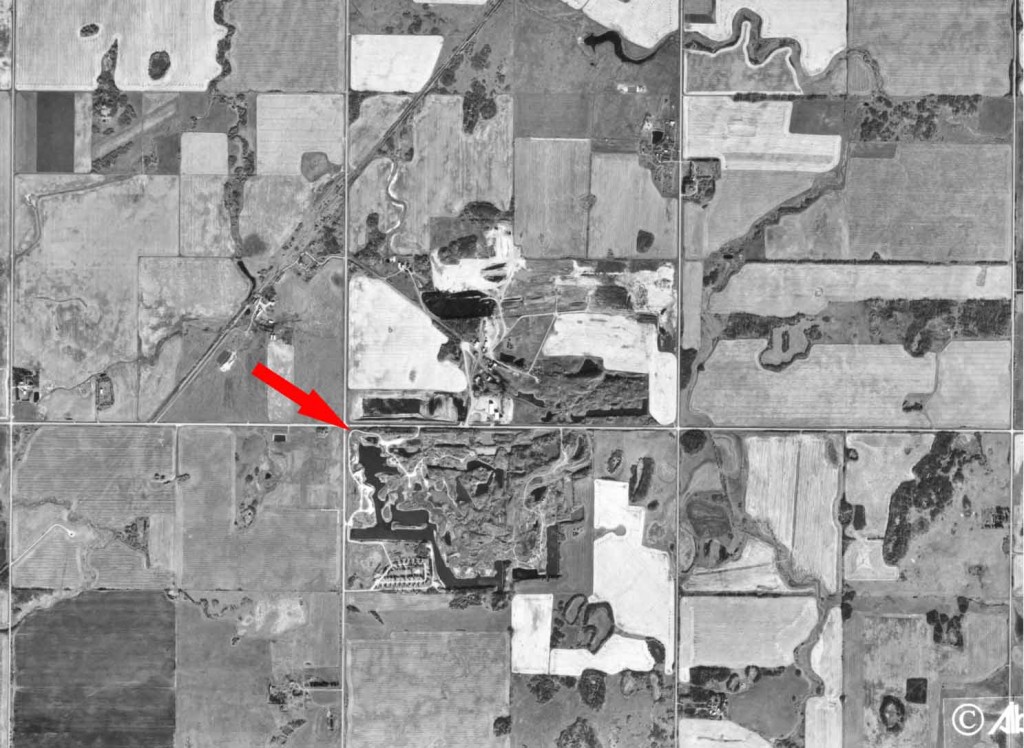 In contrast, the Black Nugget Lake site has a mixed topography including areas that are flat, undulating, rolling and hilly. In the steeper portions, slopes range from 30 to 45 degrees. The most elevated part of the quarter section is found within the hilly area on the eastern side. Total relief within the quarter section is estimated to be 18 metres (about 60 feet). 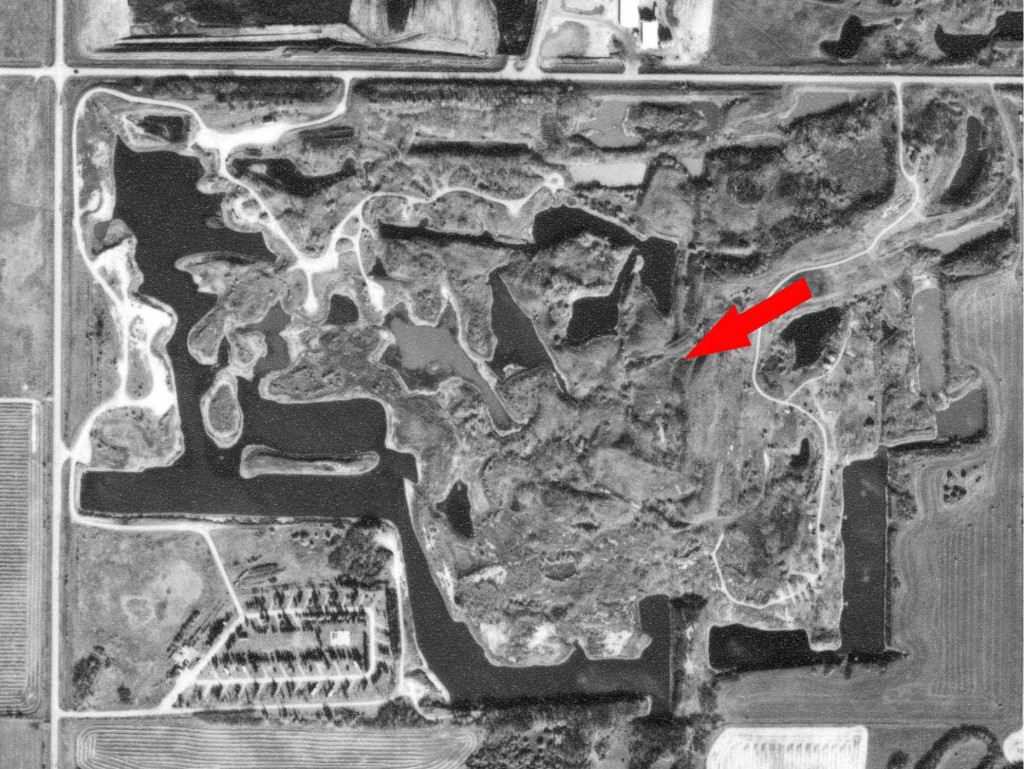 Aerial photo pointing out the hilly elevated area along the eastern boundary of the quarter section. 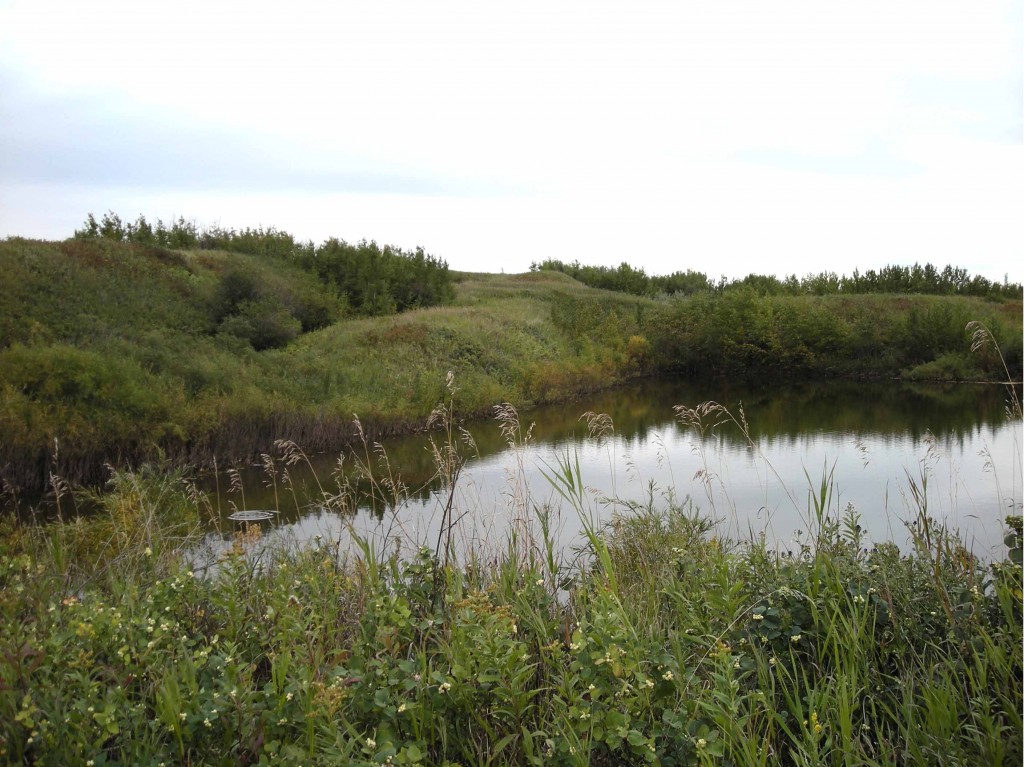 The quarter section is situated within the Aspen Parkland Ecoregion (from 1993 poster Ecoregions of Alberta – joint publication of Forestry Canada and the Alberta Forest Service & Alberta Agriculture & Food’s website).

This ecoregion is a large region in east-central Alberta that extends from the Foothills to the west, north of Edmonton and across to the provincial border with Saskatchewan. The Aspen Parkland is characterized by a mosaic of rough fescue grassland and aspen forest stands. Shrub communities are also common. This ecoregion represents a transition zone between the Grassland and Boreal ecoprovinces.

Fish and Wildlife within the Quarter Section

The following species of birds are some of those that have been frequently seen on-site:

Black Nugget Lake is stocked with Rainbow Trout every year. It is rumored that they are hard to catch because there is an abundant food supply including freshwater shrimp and leeches. 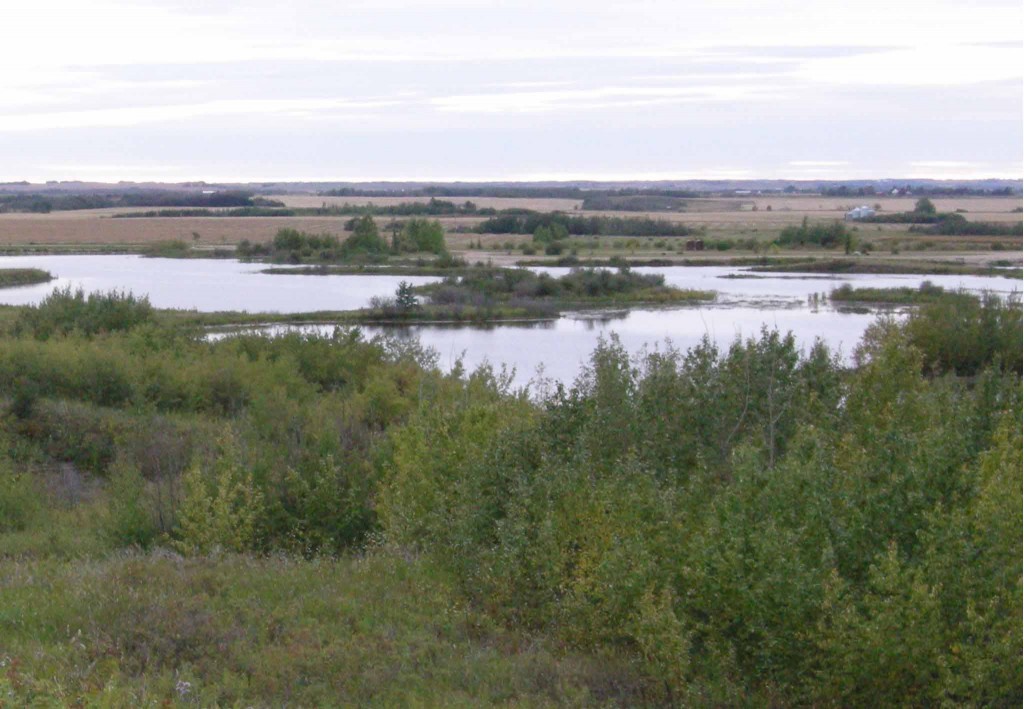 View looking west of Black Nugget Lake from the eastern side of the quarter section.

Vegetation within the quarter section is divided into five general zones: Campground, Upland Field, Upland Thickets and Shoreline Habitats. Vegetation within the Lake – Aquatic Zone has not been described below. While it is clear that most if not all trees within the Campground have been planted, an interesting question relates to the extent that the old coal mine (which appears to have been strip-mined) was reclaimed and re-vegetated. One possibility is that there was some post-mining re-contouring and re-vegetation occurred naturally. Bearing on this question; it is noted that the County of Beaver acquired for recreation ground purposes the 50 acre parcel in the northwest corner of the quarter in 1962 (three years before the Black Nugget Coal Mine Co. finished mining). In 1972, Lands and Forests (provincial) purchased the remainder of the quarter section. Did the county and province reclaim the quarter section? 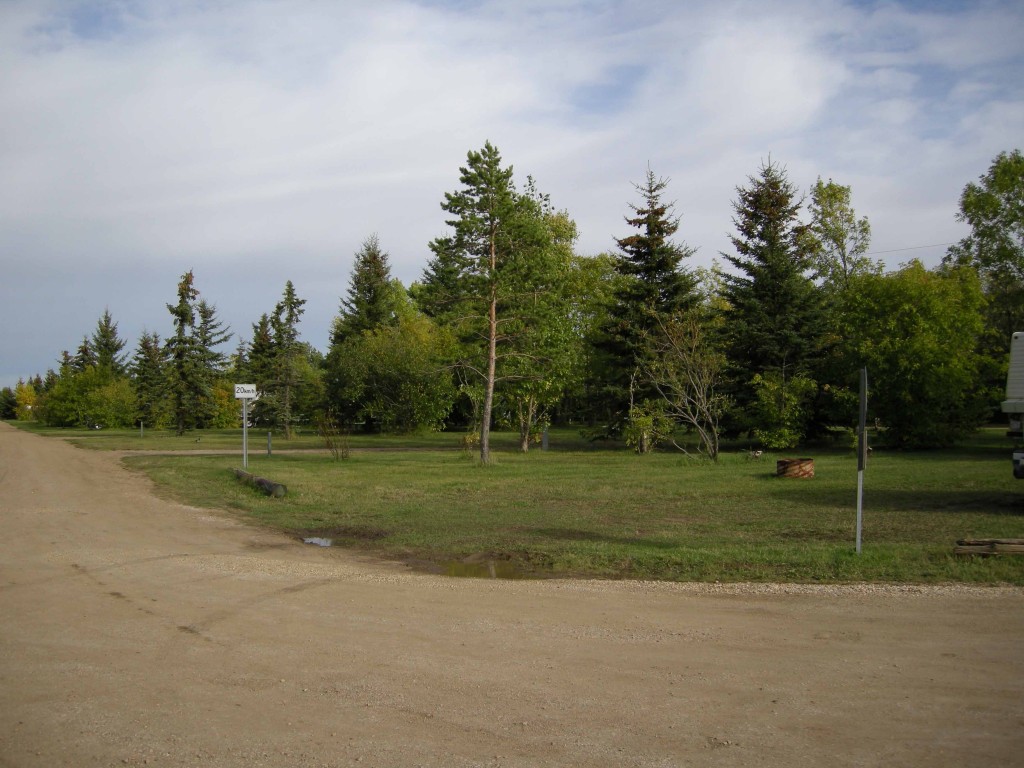 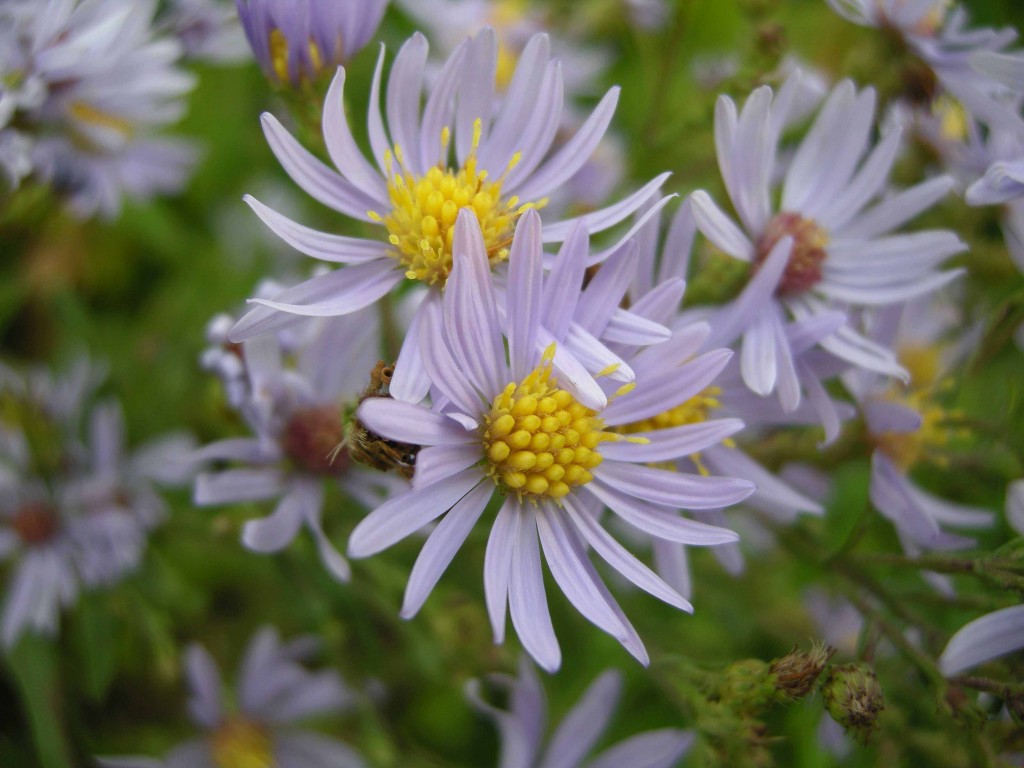 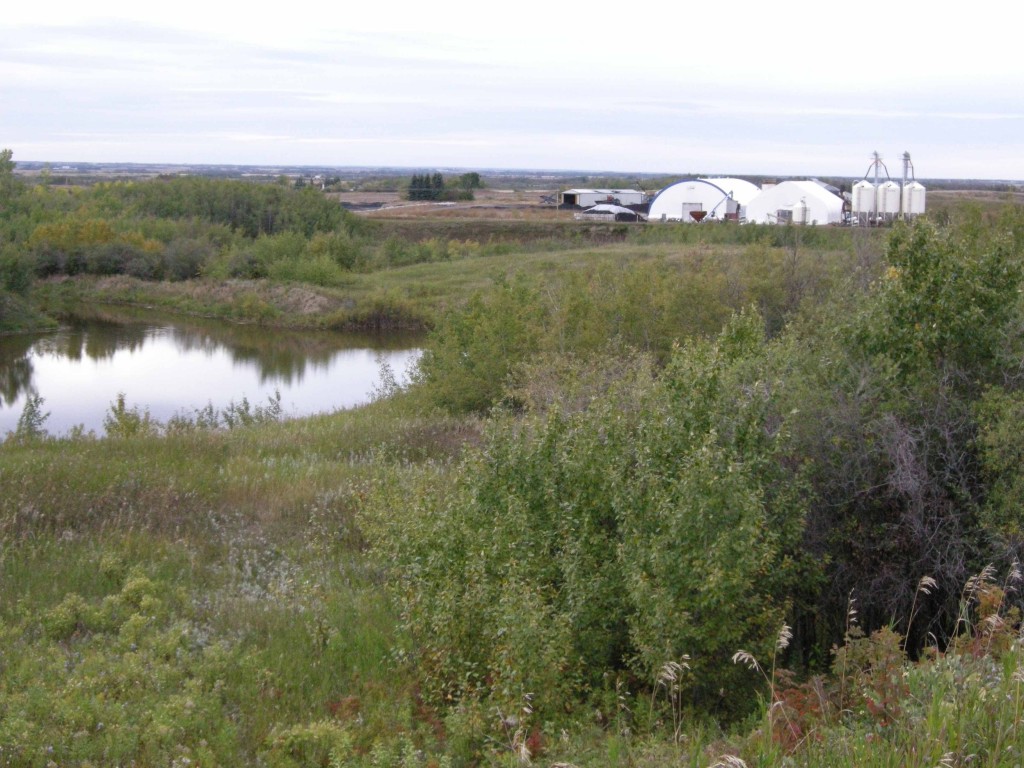 Thicket – looking north over the northeast corner of the quarter section. 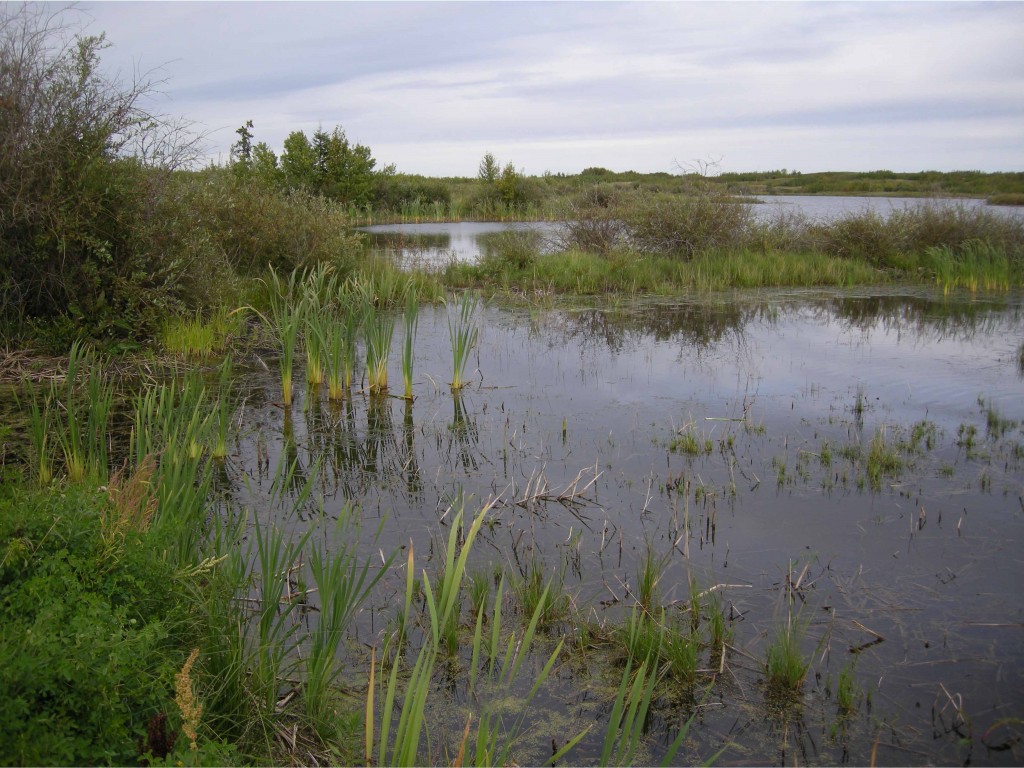