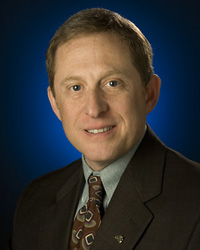 NOTE: The FREE tickets for this event are sold out!  But…

and
The Institute for Space Science, Exploration and Technology
present

a FREE public talk by

New Horizons:
The Exploration of the Pluto System

New Horizons is NASA’s historic mission to explore the Pluto system and the Kuiper Belt. The spacecraft was launched on 19 January 2006 and made the first exploration of the Pluto system this year, culminating with a highly successful flyby inside the orbits of all five of Pluto’s moons on 14 July 2015. The spacecraft carries sophisticated a sophisticated payload of imagers and other scientific instruments that were used to revolutionize our knowledge of Pluto and its five moons. Dr. Stern will describe the history of this mission, the science behind it, the capabilities of payload, our encounter with planet Pluto, and the major scientific discoveries made to date. He will also briefly outline the extended mission to fly across the Kuiper Belt.

NOTE: The FREE tickets for this event are sold out!  But…

This talk will kick off the 2015 ISSET Space Exploration Symposium, an annual event open to the public, brought to you by the Institute for Space Science, Exploration and Technology and RASC Edmonton Centre.