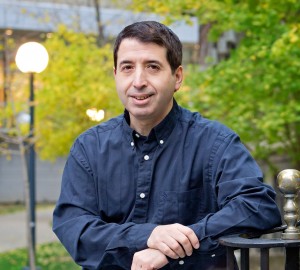 TELUS World of Science
FREE and open to the public.

William Shakespeare lived at a remarkable time – a period we now recognize as the first phase of the Scientific Revolution – and yet “Shakespeare” and “science” are rarely uttered in the same breath. But as award-winning journalist Dan Falk has found, a reassessment is at hand. In this illustrated talk, Falk will explore Shakespeare’s interest in the scientific discoveries of his time, with a particular focus on the changing conceptions of the cosmos, from Aristotle to Copernicus and Galileo. Copies of Dan’s latest book, “The Science of Shakespeare,” will be available for purchase and signing.

Dan Falk has written for Smithsonian, New Scientist, Astronomy, Sky & Telescope, The Walrus and many other publications, and is the author of two previous popular science books, In Search of Time and Universe on a T-Shirt. He’s been a regular contributor to “Ideas” on CBC Radio, and has won several international awards for his radio documentaries. He’s a long-time member of the RASC’s Toronto Centre, and is also a past recipient of the society’s Simon Newcomb Award for writing about astronomy for a general audience. Falk was a 2011 Knight Science Journalism Fellow at MIT, and he lives in Toronto.