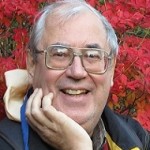 Black holes are one of the most amusing predictions of General Relativity. The first solution describing a black hole was found by Schwarzschild in 1916, soon after Einstein formulated his theory. Now, almost hundred years later, black holes play an important role in modern science. Stellar mass black holes, the final state of the evolution of massive stars, have been discovered. It is now believed that much more massive black holes are in the centers of many, even m

aybe most, galaxies, including ours. Black holes are the most powerful sources of electromagnetic and gravitational radiation in the Universe. It is also possible that supermassive black holes have played an important role in the structure formation of the Early Universe. The black hole is now an important concept of modern theoretical physics. Black holes are often used as probes of new ideas of quantum gravity, string theory, and models with large extra dimensions. The theory of black holes is also a source of interesting mathematical problems. In this talk, Dr. Frolov discussed the development of the black hole concept, its modern status, and some unsolved problems.