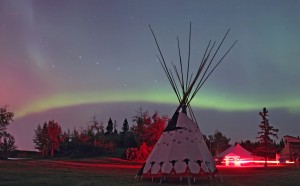 Many Cultures, One Sky

RASC Edmonton Centre members have conducted dark sky observing sessions at Blackfoot for over 20 years and at Elk Island prior to that, so the formal recognition and protection of this area’s dark skies is a cause for celebration among local astronomers. 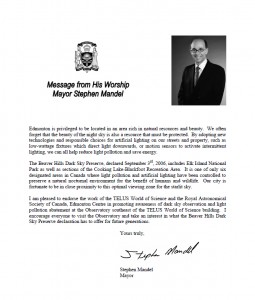 Under the theme “Many Cultures, One Sky”, the Beaver Hills DSP will raise public awareness in light pollution abatement, and support astronomical, environmental, and cultural interests. Scientific research of wildlife in a truly natural environment devoid of artificial lighting is also planned. Public astronomy programming in the parks, begun on a trial basis in 2005 by parks personnel using scopes, materials, and training provided by RASC, will be expanded.

This initiative has been two years in the making and was led by Sherrilyn Jahrig, John Cliff, and Warren Finlay along with over a dozen other members of Edmonton Centre who have contributed towards this effort. The RASC’s National Light Pollution Abatement Committee and employees of TELUS World of Science – Edmonton. Parks personnel, both national and provincial, have been universally helpful, sharing many common objectives with astronomers with respect to protection of the natural environment. We have made numerous additional useful contacts which may eventually result in future additional or expanded protected areas and the skies above them. The RASC is proud to have done our part to help make Beaver Hills DSP Canada’s newest Dark Sky Preserve. 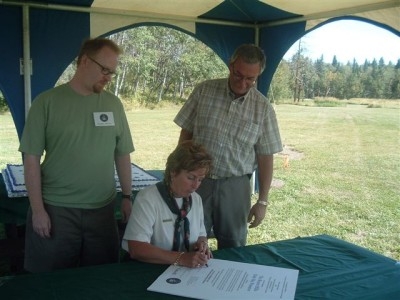 The RASC’s Light Pollution Abatement Certificate of Merit was also presented to Alberta Community Development and Parks Canada for their efforts in preserving the dark-sky environment.

The RASC congratulates to Edmonton Centre for pulling together a great event, and the RASC-federal-provincial partnership which worked so hard to establish this dark-sky preserve. 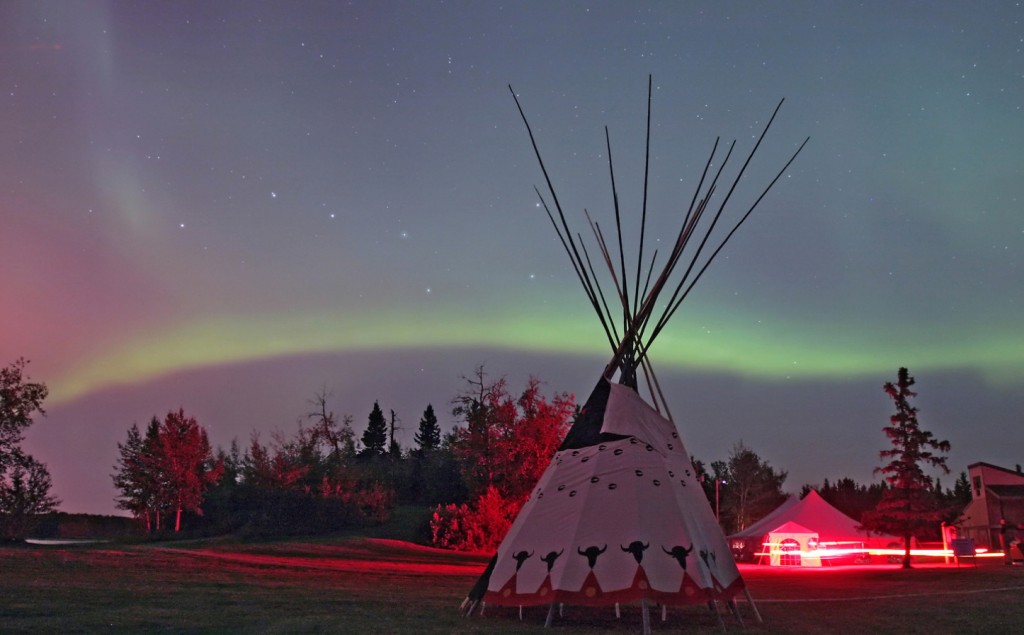